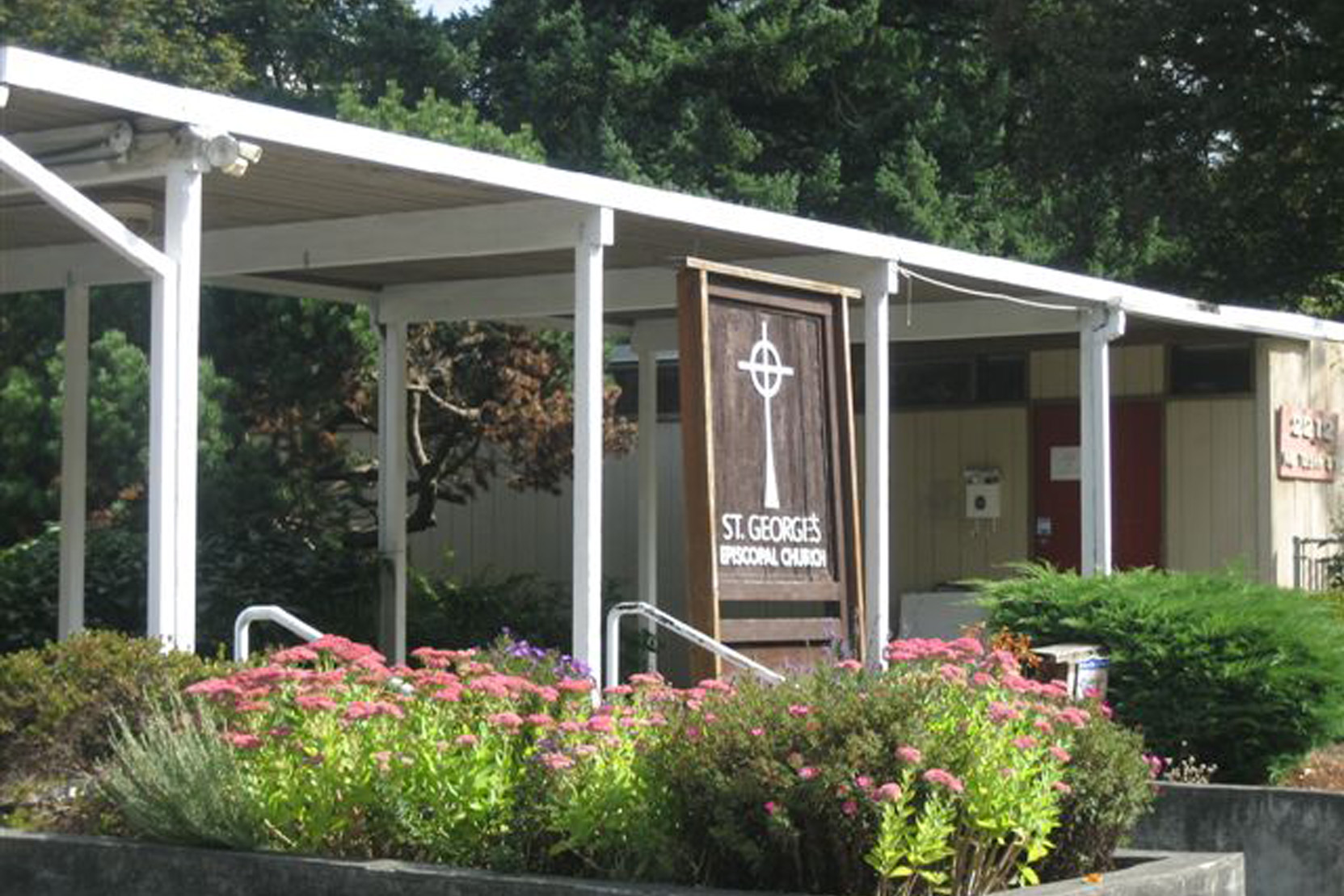 Saint George’s Episcopal Church began in 1954 as a mission of Saint Stephen’s, Seattle. Land was purchased in 1957 and the buildings constructed in 1959. The cost of land and buildings was $156,000. The church mortgage was burned in 1982. After some years of decline and difficulties, the parish voted to close in 2011. The buildings were used for the George Community Center, a place for various local social service entities to gather, until early 2016. The Board of Directors of the Diocese discerned that the next best use of the property would be housing. In 2017, the diocese engaged Thornton Creek Community by the Cottage Company to develop the property as single family dwellings. Much of the lumber used to build the sanctuary will be re-cycled into the homes to be constructed. A Memorial Park containing the ashes of those buried here will be part of the development and will feature architectural elements of the sanctuary and signage to remember Saint George’s congregation.