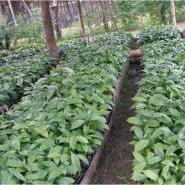 In 2012, the Rt. Rev. Greg Rickel, Bishop of Olympia, and the Rt. Rev. Danilo Bustamante, Bishop of the Episcopal Diocese of Southern Philippines (EDSP), signed a Covenant for Caring of All Creation, in which the two dioceses agreed to establish a carbon offset partnership.

The Diocese of Olympia agreed to encourage its churches and parishioners to take actions to reduce their carbon footprints to “carbon neutral” and to offset excess by purchasing carbon offsets. The EDSP agreed to create the offsets by planting trees. Nurseries were established that grow native species from seed: narra, mahogany, rubber, and fruit trees. Young trees are planted in church yards, school yards, small farms, and open spaces. Planting the trees helps heal the land in Mindanao which had been deforested during the colonial period (the United States was the colonial power between the Spanish-American War (1898) and 1946).

NUMBER OF TREES OF DIFFERENT SPECIES PLANTED IN PARTNERSHIP

2022 UPDATE – Planting has continued through the pandemic. Tree growth and survival are now monitored systematically, and the amount of carbon sequestered calculated. Detailed records are maintained about each planting. (link to last data report) At maturity of 10 years, the planted trees will have removed 199,529 metric tons of carbon dioxide from the atmosphere.

Donations for offsets are collected by the Diocese of Olympia and periodically sent to the EDSP. The donations are held in a designated fund by the EDSP and used only for planting expenses.

The Partnership has had positive results for both dioceses. For the EDSP it has provided a way to heal the land from deforestation. It has provided some part-time work and opportunities to learn new skills for the rural poor. The EDSP is also now recognized as an environmental leader in the Episcopal Church of the Philippines. For the Diocese of Olympia, it provides a verified source of carbon offsets. Purchasing the offsets supports its mission of climate justice by partnering with a diocese in a poor and less developed country. By acting together the Dioceses have fulfilled the Covenant’s promise to Care for All Creation.

2017 UPDATE – The relationship between the two dioceses was renewed for another five years.

2014 UPDATE – The Diocese of Olympia has donated over $10,000 for Carbon Offsets which have funded the tree nursery in Upi in the Diocese of Southern Philippines. Over 7000 trees were transferred from the nursery to help with reforestation there. The nursery not only is helping with carbon sequestration but it also is creating jobs and income. Rubber trees, mahogany, coffee, and other tropical varieties are being grown. In the summer of 2014  a delegation from the EDSP  visited the Diocese of Olympia traveling to several churches and seeing our work lowering our carbon footprint.

2012 UPDATE – You can learn more about the covenant and Bishop Rickel’s journey to the Philippines, including more photos and video, on his blog.

To donate to the Carbon Offset Cooperative Mission, visit our Give Now page and under Giving Options, select “Carbon Offset Partnership.”

Learn more about the Bishop’s Committee on the Environment, whose members have partnered in this cooperative mission.

Here are some examples of what carbon offsets would look like:

To calculate your own carbon footprint, use the Episcopal Household Carbon Tracker , a web-based application that helps individuals, households, congregations and even dioceses to measure their carbon footprint and recommends steps to take to shrink it to fit a sustainable life. This is the official carbon tracker of the Episcopal Church and the one the Bishop’s Committee on the Environment has recommended as its calculator of choice.