Are you curious about the Diocese of Olympia or the Episcopal Church? Or do you have a burning question that you’re unsure how to ask? You may find the answer here in the frequently asked questions (FAQ) section.

A common error is the use of the words “Episcopal” and “Episcopalian”.

Episcopal is an adjective. It originates from the Latin word episcopus, meaning bishop (or overseer, guardian or elder). You have Episcopal bishops and Episcopal churches, not Episcopalian bishops or the Episcopalian Church.

What is the Episcopal Church?

It is one of 39 member churches (provinces) in relationship (communion), originating with the Church of England. The relationship is referred to as the Anglican Communion.

The Episcopal Church consists of 108 diocese in the United States, Europe, Central and South Americas, Micronesia, Taiwan and the Caribbean. It’s an international community with more than two million members. The Episcopal Church falls under the general jurisdiction of its elected, presiding bishop.

What is the Anglican Communion?

The Archbishop of Canterbury, considered the first among equals, leads the Church of England and therefore the Anglican Communion. As the member churches are in communion, the Archbishop does not have the same authority over Anglican churches that the Pope has over the Roman Catholic Church. 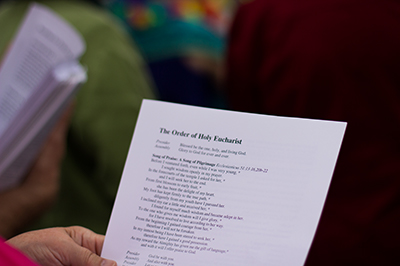 How do Episcopalians worship?

Worship is liturgical, literally meaning the work of the people. We participate in creative, energizing worship that:

The Book of Common Prayer (B.C.P. or Prayer Book) outlines the liturgy. If you are familiar with Roman Catholic or Lutheran services, you will find Episcopal services remarkably similar.

Does the Episcopal Church have sacraments?

The central rite is the Service of Holy Eucharist (a.k.a. Communion or The Lord’s Supper). Eucharist is a Greek word meaning thanksgiving.

Who does the Episcopal Church ordain to the clergy?

The Episcopal Church ordains people with a communally-discerned calling after they have successfully completed the ordination process.

Is the Episcopal Church Protestant or Catholic?

Yes… both… neither… either… Anglicanism is often referred to as a bridge tradition. When the Church of England separated from Rome, it did not consider itself to be Protestant. As the church evolved in England, certain elements of the Reformation surfaced. In an attempt to reconcile the views of the Reformers with those of the Roman Catholic Church, the Anglican tradition became a home for both. Most worshiping communities fall somewhere in the middle.

Is the Episcopal Church conservative or liberal?

The Episcopal Church is made up of individual people, so you will experience a wide range of viewpoints, theologically, liturgically, socially, and politically. Here, in the Diocese of Olympia, viewpoints tend to be more on the liberal side. Men and women make up our clergy, and priests are free to choose whom they perform the marriage rites for, regardless of gender or sexual preference.

What do Episcopalians believe about grace and forgiveness?

God makes decisions about salvation, not us. We share hope in God’s incredibly extensive grace to forgive all repentant people. 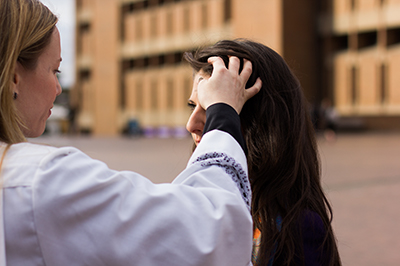 What is a diocese?

A diocese consists of all Episcopal churches in a designated geographic region. The Diocese of Olympia covers all of Western Washington, from the Pacific Ocean to the Cascade Mountains, and from Vancouver on the southern border, to Blaine on the Canadian border.

Diocesan leadership is with a bishop, who is elected from lay and clergy representatives.  Our bishop is based out of the Saint Mark’s Cathedral and diocesan offices, both in Seattle.

What does a bishop do?

A bishop carries out the apostolic ministry of Christ on behalf of the wider church in a diocese. The bishop also serves as chief pastor: inspiring, conducting ordinations and confirmations, and ensuring that the faith proclaimed in diocesan churches is consistent with the teachings of the Episcopal Church. The bishop often visits a different congregation each Sunday, carrying out the apostolic ministry and meeting with leadership and ministry teams.

Who runs a diocese?

Various governing bodies provide leadership to a diocese and are supported by the bishop’s staff (diocesan staff).

In the Diocese of Olympia, the governing bodies lead convention, a board of directors, a standing committee and a diocesan council. These groups: