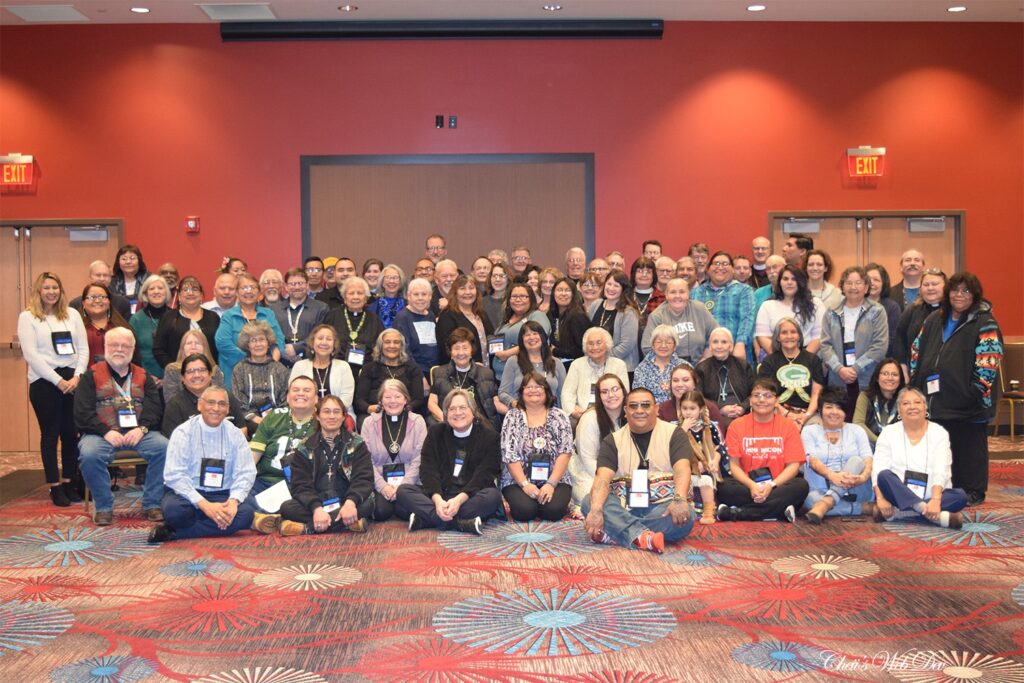 Is it ok to call people ‘Indians’? For the most part, yes. We all know they got that name from Columbus’s famous blunder in mistaking for Asians the Indigenous Americans whom he encountered. It is a generic term that applies to the many diverse peoples who populated these lands for millennia. To address this name lumping together, other names have been put forth: Native Americans,
Native Canadians, Native North Americans, Native people, First Nations people, and Indigenous Americans. Typically though, all these names are used for official reference and non-native society. Most Native peoples, sensitive to their own specific identities, prefer to use tribal names, and many also freely call themselves Indians.

Native Americans are the people who contain blood one of the more than 500 distinguished tribes that still endure as sovereign states within the United States’ present geographical boundaries. These are the tribes that descended from the pre-Colombian indigenous peoples of North America.

To anthropologists, a community/group that shares cultural traits and has a specific geographical location. Native North Americans apply the term broadly to entities as small as a clan, or as large as the inhabitants of an entire reservation. In the United States, the Native American tribe is a fundamental unit of sovereign tribal government, composed of families, clans, and extended family units.

For many Indian people, kinship was the key to the stability, integrity and survival of the community. For example, to be a nephew or a daughter was to possess a distinct role with well-defined rights and obligations to others. Those who came to villages as strangers, even if captured in conflicts, were often adopted as “cousins” or “brothers”, which made their societal positions unambiguous and kept the integrity of the group intact. They were all in maintained relationship.

Many Native North American peoples are divided into kinship groups or extended families, known as clans.

The justificational process by which explorers from Europe, Spain, and Christian European monarchs to claim and ‘take possession’ of ‘discovered’ new lands in the Americas and around the world that were not under the dominion of any Christian rulers. Papal Bulls and 16th century charters from Christian European monarchs were frequently used in their conquest of the Americas to justify a brutal system of colonialization – which de-humanized the Indigenous people by regarding their territories as being “inhabited by brute animals”. Supreme Court Chief Justice John Marshall in 1823 ruled that “Christian people” who had ‘discovered’ the lands of heathens had assumed the right of “ultimate dominion”. This ruling diminished the Indians right to complete sovereignty as independent nations. The Indians now only had the right to occupy their lands. This ruling is STILL in effect and is sometimes referred to.

Who were the first people in this country? Depends on who you ask. Some anthropologists say the first people came into the Americas from areas in Siberia, across the Bering Strait land bridge (that has now subsided) 16 to 20 thousand years ago. Others say they came from there but by water craft. No one knows. Many Indigenous Indian groups have their own creation stories which say their people originated here in the Americas. Regardless, sophisticated radiocarbon testing on plant materials found alongside unearthed artifacts have been accurately dated to 50,000 years old.  These First Peoples have been here a lot longer than their “Discoverers”.

The Salish Sea includes the Strait of Juan de Fuca, the Strait of Georgia, Puget Sound, and all their connecting channels and adjoining waters, (Haro Strait, Rosario Strait, Bellingham Bay, Hood Canal, and the waters around and between the San Juan Islands in the U.S. state of Washington and the Gulf Islands in British Columbia, Canada).

An overt action by one group of peoples to acknowledge the land they are situated on used to belong to another group of peoples and quite possibly was acquired through actions typical of one dominant culture expressing influence over another, through economic oppression, coercion, thievery, treaty violations, violent actions, or other subversive acts.