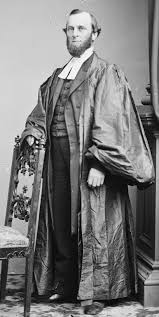 Today we remember the lives of two remarkable men in the history of the Episcopal Church – the Rev. Thomas Gallaudet and the Rev. Henry Winter Syle. Gallaudet established the first deaf Epsicopal congregation and Syle, one of Gallaudet’s students, was the first deaf Episcopal priest. Both men lived out the church’s calling to respond to human need with loving service and to transform the unjust structures of our society.

From a young age, Gallaudet’s father had wanted to become a minister. He attended Yale and upon graduation from Andover Theological Seminary, went on to become a preacher. The elder Gallaudet’s career took a dramatic turn when he discovered that his neighbor’s daughter was deaf. From that moment on, he made the education of deaf persons his sole purpose. Gallaudet’s father traveled to Europe and learned sign language from a French academy and proceeded to establish the first American institution to teach the deaf. 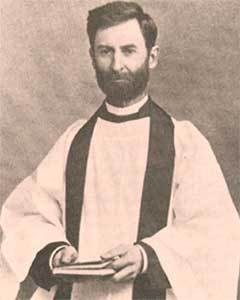 Thomas followed in his father’s footsteps, attending Trinity College and going on to both teach the deaf and serve as a priest and minister. In 1952, when he was 30 years old, Thomas established St. Anne’s Church for Deaf-Mutes in New York City. He also worked with Jane Middleton, a renowned philanthropist, to found a home for older deaf individuals.

Syle was born in Shanghai and was deaf from an early age. Syle attended Trinity College, St. John’s College, and Yale University before becoming, with the encouragement of Thomas Gallaudet, the first deaf clergyman in American history. He founded a deaf congregation just two years before he passed away from pneumonia.

Thomas Gallaudet and Henry Winter Syle dedicated themselves to their faith and to responding to the human need around them. Instead of accepting systems that disadvantaged the deaf, they set up institutions to that pushed back against injustice. Gallaudet and Syle are incredible examples of Christ’s call to serve.

O loving God, whose will it is that everyone should come to you and be saved: We bless your Holy Name for your servants Thomas Gallaudet and Henry Winter Syle, whose labors with and for those who are deaf we commemorate today; and we pray that you will continually move your Church to respond in love to the needs of all people; through Jesus Christ, who opened the ears of the deaf, and who lives and reigns with you and the Holy Spirit, one God, now and forever. Amen.

Episcopal Educators and Advocates for the Deaf