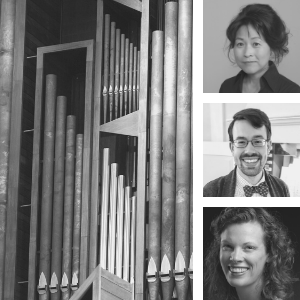 This year, three of Seattle’s finest young organists will take turns performing in this annual concert of appreciation for Capellmeister Bach. For the final concert of the 2020-21 Music Series – and the second All-Bach Concert of the pandemic – join Hannah Byun, Wyatt Smith, Susanna Valleau, and Johann Sebastian Bach for a free, live-streamed concert of organ favorites from the mighty Flentrop organ of Saint Mark’s Cathedral, Seattle.

Presented as a free, live-streamed finale of the Saint Mark’s Music Series, in collaboration with the Seattle Chapter of the American Guild of Organists.