A cigarette, a lighter, a pair of socks, a bottle of water, a couple of wet wipes, instant breakfast, granola bars, and vitamin C: These are just a few of the things our community members living without shelter said they could use when we asked them at the outset of Street Chaplaincy back in 2018, and today they form the contents of each of the 40 care packages we deliver by wagon to our neighbors on the street every Sunday afternoon. In addition to the care package, we offer underwear of all sizes, cup-o-noodles, and full size candy bars. Before the current quarantine measures we also offered fresh brewed coffee, which led to more than one interaction beginning with “aren’t you the people with coffee and smokes?” 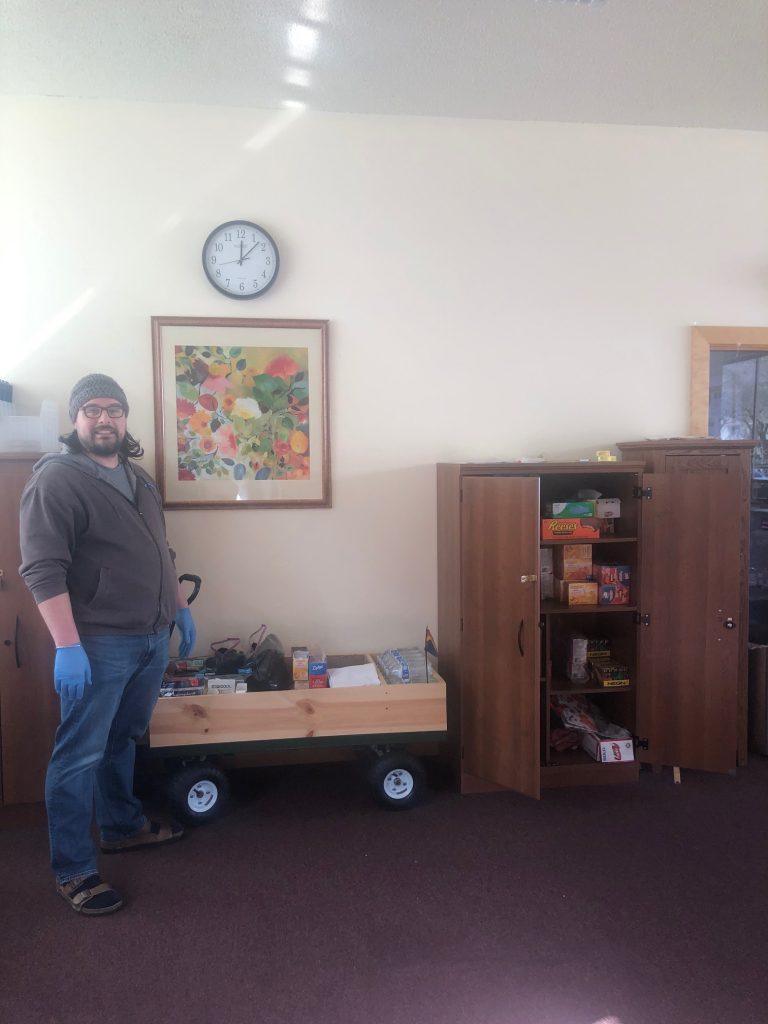 It’s not lost on us that some of these things you would never find in most community outreach programs. But when we began developing Street Chaplaincy at Christ Church, we decided that our primary goal would be to meet people where they are. We wanted to provide them with something they actually need, rather than something we think they need (or worse, think they should have). For this reason, many of the people we meet feel as if we actually see them, which is something they probably wouldn’t say about other services. “From each, according to their ability, to each, according to their need,” is a principle contrary to capitalist ideology, and not fully considered in most charitable efforts. We do not consider ourselves a charity. Rather, Street Chaplaincy is an act of solidarity with our comrades who, due to neoliberal austerity, are left to fend for themselves (and, we hope, each other) by an indifferent empire in its waning days. 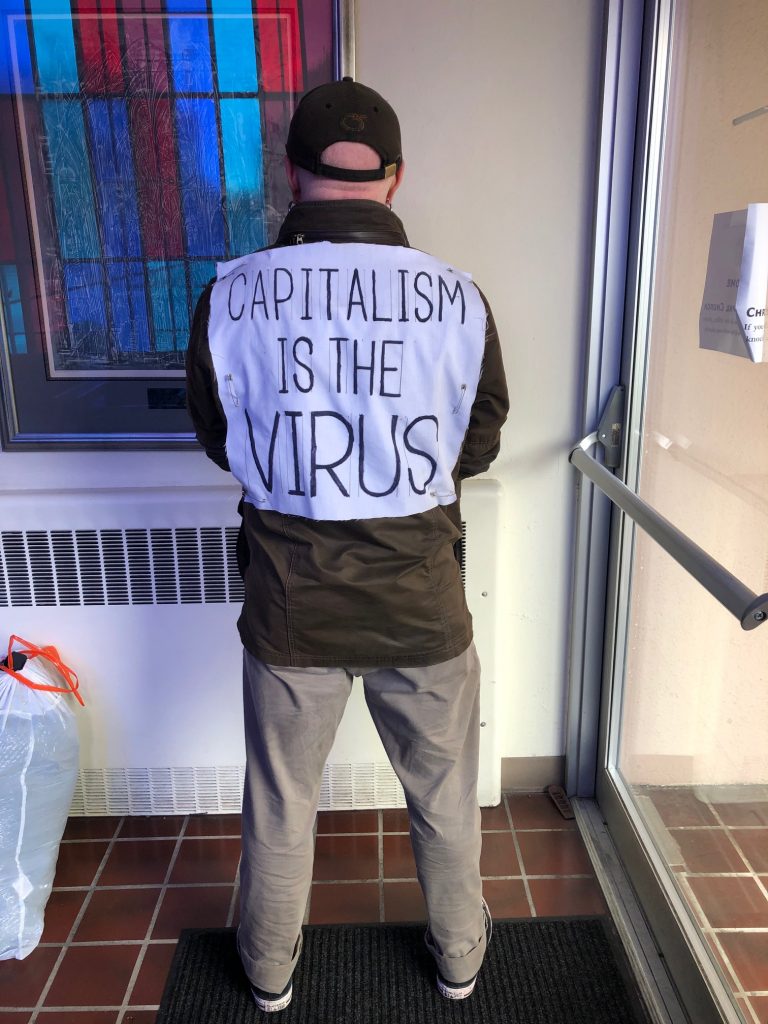 As socialists, that is how we see it. As Christians, we believe that Jesus, the houseless, working-class, revolutionary of color, would have preferred to spend time with these comrades. He would have listened to their needs and concerns; shared hopes and dreams over coffee and cigarettes, the way he shared bread, wine, and fish with the beggars and lepers of his day. He would have given them clean socks and provided wet wipes for them to wash their own (or each other’s) feet. And just as he tended to the sick when others dared not, he would have continued his works in spite of the current pandemic. We too find it necessary to continue our work now more than ever. Times of crisis are when solidarity is needed most, so with added precautions and proper protective gear, we continue to walk with the wagon every Sunday; because the thing we give more than anything is hope.

The Art of Hearing Confessions (with Fr Martin L Smith)