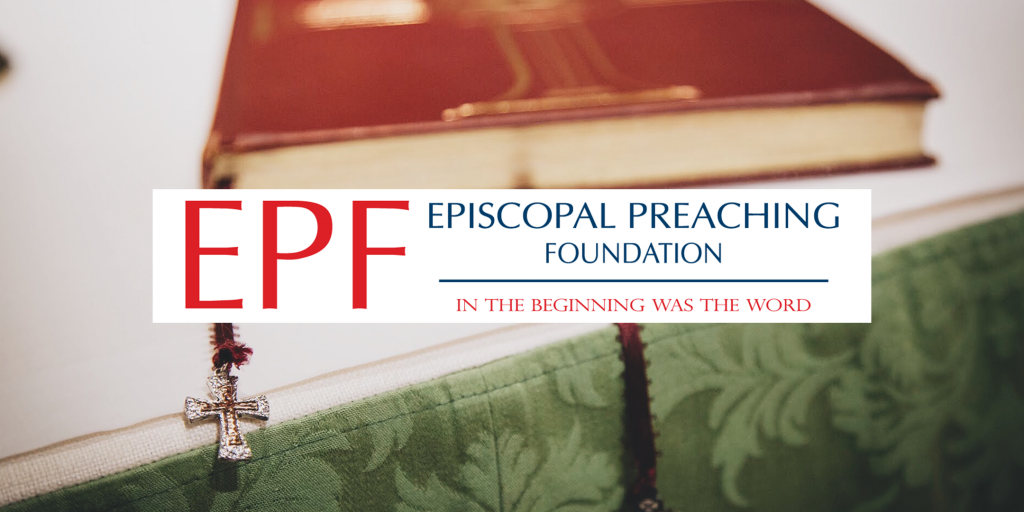 In today’s divisive political environment, it’s more important than ever to find ways of preaching that engages all of our parishioners – no matter their political beliefs.

The Office of the Bishop is pleased to host a skills-based preaching conference for all clergy and licensed preachers in the Diocese of Olympia. Developed and presented by the Episcopal Preaching Foundation, the conference will address the challenges facing most preachers today: a congregation divided in beliefs and allegiances, exacerbated by today’s fractured political and social environment. Conference sessions will include worship and keynote address, small group discussion, and time for sermon presentation and feedback.

Join us for two days of community, fellowship, and honing our skills as preachers of The Way of Love. 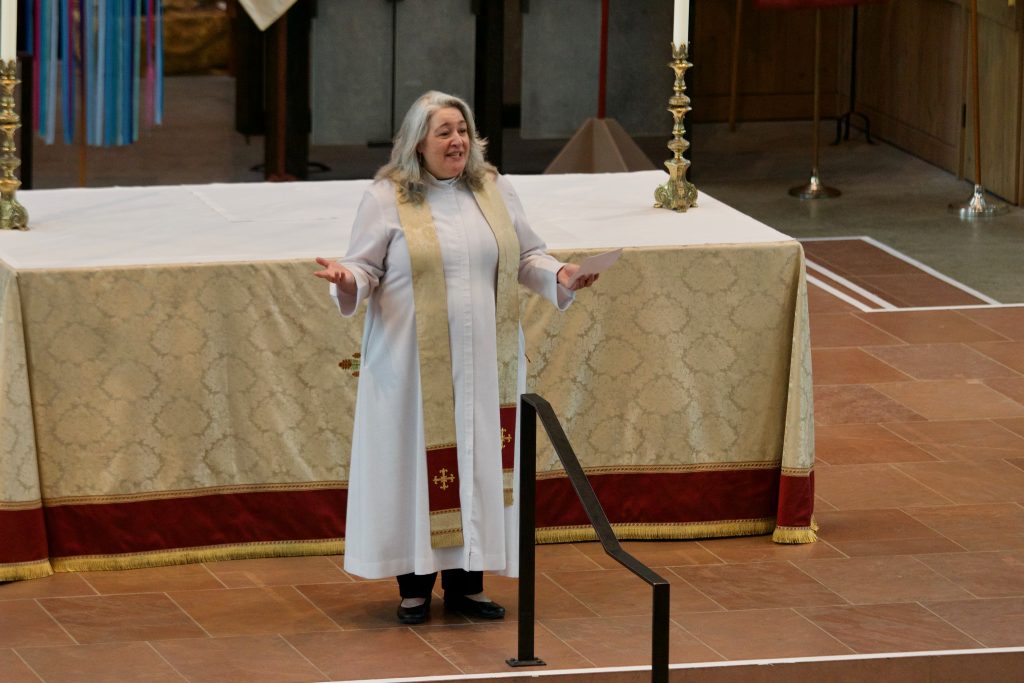 Speak, Lord, for your servant is listening.  Speak as I ponder Holy Scripture.  Speak as I consider the world around me and the people you have entrusted to my care.   Speak as I reflect upon the state of my soul.  Open my mind and my heart to the Good News you want me to hear.  Then enliven my imagination, my thought, and my speech to proclaim your Word with clarity and power to all who yearn for your presence, your truth, and your love.  Amen. 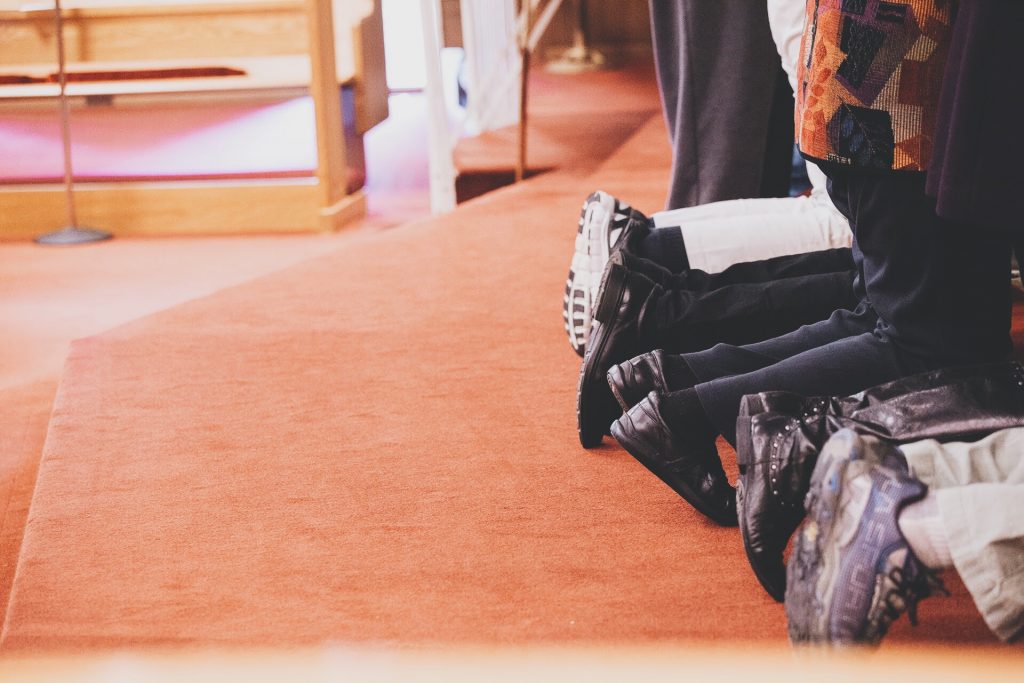 “I am just enormously grateful for this opportunity and experience, and wish that every preacher could get a chance to participate in this, and that I could come back and participate again and again in the years ahead!”

“The conference helped me update my preaching and make changes for the better: flow, transitions and illustrations; I thank you and my parish thanks you!”

“So glad I got away and got a reboot to my preaching, both the preparation and the delivery. Met wonderful folks, and returned home refreshed and motivated.”

The Rev. Canon Charles A. Cesaretti (Conference Leader)
The Rev. Canon Charles A. Cesaretti is a native of New Jersey and a Rutgers University graduate. He attended the Episcopal Church’s seminary in Philadelphia and completed post-graduate studies at Princeton Theological Seminary earning a master’s degree in theology. As assistant to the Presiding Bishop of the Episcopal Church, his posting included being the envoy to oversee the international church and governmental relations of the Episcopal Church in Central America, East and South Africa, the Middle East, and Northern Ireland.

In 1990 Fr. Cesaretti became the assistant to the Rector of Trinity Church, Wall Street, where he was engaged in the research and development of parish outreach and mission.

The Rev. Dr. Brent Norris (Conference Leader)
The Rev. Dr. Brent Norris, Rector at St. Mary’s, Asheville, NC, teaches preaching in the Diocese of Western North Carolina Deacon’s Training Program and is the Diocesan Ecumenical Officer. He holds a B.A. in drama from Furman University, an M.Div. from Sewanee, and a D.Min. from Columbia Theological Seminary. Brent has served on the faculty of the Episcopal Preaching Foundation’s annual Preaching Excellence Program since 2005.  For most of those years he has done double duty as a preaching group leader and the conference liturgist/musician.

The Rev. Dr. O. Wesley Allen, Jr. (Keynote Speaker)
The Rev. Dr. O. Wesley Allen, Jr. is the Lois Craddock Perkins Professor of Homiletics at Perkins School of Theology Southern Methodist University, in Dallas, Texas. Wes received his B.A. from Birmingham-Southern College, his M.Div. from Yale Divinity School, and his Ph.D. in New Testament (with a minor in Preaching) from Emory University. As an ordained United Methodist, he has served in a number of parishes, campus ministry, and academic positions. In the arena of New Testament, Allen has expertise in the Synoptic Gospels and Acts. In the arena of preaching and worship, Dr. Allen has special interest in rethinking the role of preaching and liturgy week in and week out in community in a shifting, postmodern world. Wes is the author of over a dozen books, and his most recent books include The Sermon without End: A Conversational Approach to Preaching (with Ronald J. Allen), Preaching and the Human Condition, and Preaching in the Era of Trump. Having completed a digital introduction to worship that should be published in 2019, Dr. Allen is currently working on a critical preaching commentary on the Gospel of Mark.

The Very Rev. Will Mebane (Faculty)
The Very Rev. Will Mebane is the rector at St. Barnabas Episcopal Church in Falmouth, MA. He interned at Christ Episcopal Church in Greenwich, CT where he began as seminarian and was ordained to Holy Orders in The Episcopal Diocese of Connecticut and obtained his Master of Divinity with an award for preaching from Yale Divinity School at Yale University. Will is currently active in the Episcopal Church, serving as a member of the National Executive Council for the Episcopal Peace Fellowship (EPF) and on the leadership committee for its Palestine/Israel Network (PIN). His involvement also includes membership on the Economic Justice Loan Committee and the Congo Network. Will has also been active in the formation of next generation church leadership having recently served on the Board of Trustees for Berkeley Divinity School at Yale University, from which he received his diploma in Anglican Studies. He has been Episcopal Chaplain of the Week at Chautauqua Institution.

The Rev. Dr. Jana L. Childers (Faculty)
The Rev. Dr. Jana L. Childers, Dean of the Graduate School of Theology and Professor of Homiletics & Speech Communication at San Francisco Theological Seminary, is a minister who served congregations in Kansas and New Jersey before joining the seminary faculty. Interests in the arts, spirituality and worship supplement Jana’s “central and great love” – preaching. She is the author and editor of a number of books and articles on preaching including Performing the Word: Preaching as Theatre and the award winning, Birthing the Sermon: Women Preachers and Creative Process.

Jana is a popular conference speaker, preaching often in national and international settings and is the recent past-President of her professional organization, The Academy of Homiletics. She has appeared regularly on Thirty Good Minutes, the television program produced by the Chicago Sunday Evening Club, was co-host of the San Francisco CBS affiliate’s television program Mosaic and was featured on the Hallmark Channel’s Great Preachers series.

The Very Rev. Dr. Sylvia Sweeney (Faculty)
The Very Rev. Dr. Sylvia Sweeney is Dean and President of the Bloy House, the Episcopal Theological School at Claremont in the Diocese of Los Angeles, where she also teaches Liturgics and Homiletics. Her doctorate is in Liturgical Studies from the Graduate Theological Union in Berkeley and she is a graduate of Seabury-Western Theological Seminary. Before coming to Bloy House, she was a parish priest in congregations in Montana, Idaho, and California, and was the Ministry Development Officer for the Episcopal Diocese of California. She is the author of Ecofeminist Perspectives on Ash Wednesday and Lent (Peter Lang Publishing, 2009) and has written and collaborated on numerous publications and discussion guides published and used within the Episcopal Church focusing on the sacramental rites, history and meaning. These include several articles on marriage for the 2015 General Convention Task Force on Marriage and “Claiming the Vision: Baptismal Identity in the Episcopal Church,” a video series on the development of the baptism rite in the 1979 Book of Common Prayer. A central theme of her teaching and writing is the development of a twenty-first-century baptismal ecclesiology as an essential common ground for conversation and cooperation between scholars and (lay and ordained) ministers. Her current writing projects center around developing a contemporary historical and theological perspective on the purpose and nature of Lenten liturgical and devotional practices.

Preaching Across the Divide: An Episcopal Preaching Foundation Conference