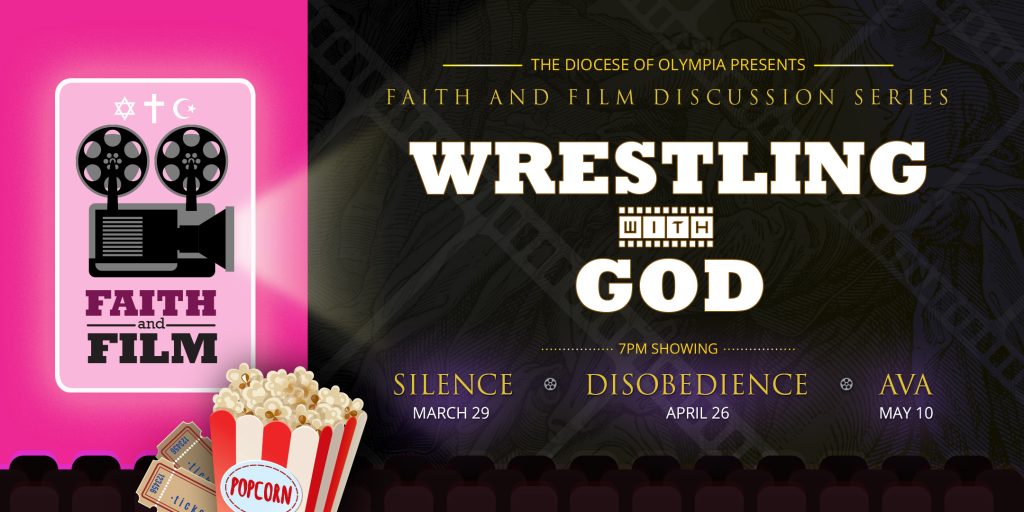 A Young Adult Happening in the Diocese of Olympia

Join us for a monthly film series exploring stories that wrestle with faith – the beauty and the mystery, as well as the ways in which religion is used to oppress and exclude. In Silence, Jesuit missionaries in Japan confront persecution by the local authorities and must wrestle with the colonialism of mission work and God’s silence in the midst of suffering. Disobedience is the story of two orthodox Jewish women who have fallen in love with one another and must face expulsion from their faith community. Finally, Ava tells the autobiographical story of an Iranian teenage girl whose parents suspect her of having an inappropriate relationship with one of her male classmates, putting her in conflict with her community’s religious fundamentalism. Watch the films with us, and stay for conversations about the connections between the movies, our faith, and the world around us.

All films are free and will be shown at Diocesan House, 1551 10th Avenue E., Seattle, 98102. Refreshments will be served. Bring a friend!